Around 40 children participated in the class. This was the third event that the BADAI NAMCO Group has hosted in partnership with Save the Children Japan , following similar sessions held from autumn 2011 in Rikuzentakata City, Iwate Prefecture and Natori City, Miyagi Prefecture.

We enjoyed helping the children to build Gunpla (plastic model of Mobile Suit Gundam AGE) and Pockepla (Pokemon plastic model collection) and took photos of completed models at Aizu University, where The BANDAI NAMCO Group is committed to implementing support activities, based on the Group’s unique capabilities, in areas stricken by the March 11 earthquake over both the medium and long-term. The Group looks forward to hosting further events targeted at children. 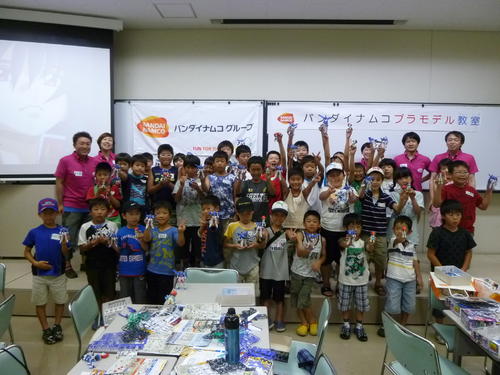