The BANDAI NAMCO Group has hosted events targeted at children in areas devastated by the March 11, 2011 earthquake in partnership with Save the Children Japan (“SCJ”) since fall 2011. This was the fourth event, following similar events in Rikuzentakata City, Iwate Prefecture,Natori City,Miyagi Prefecture and Aizuwakamatsu City,Fukushima Prefecture.

On the day, we visited a nursery school in the morning and a school kid club at a prefabricated house set up in the grounds of a primary school in the afternoon and enjoyed making Christmas wreaths with around 50 children in total. 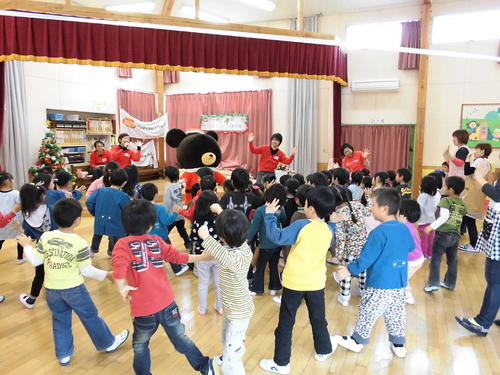