This event is one of the activities that the BANDAI NAMCO Group, in partnership with Save the Children Japan (SCJ), has been hosting for children in areas devastated by the Great East Japan Earthquake since 2011. In addition to two events in Iwate Prefecture, the Group has already conducted three similar events in fiscal 2012: one in Aizuwakamatsu City, Fukushima Prefecture and two in Higashimatsushima City, Miyagi Prefecture

In Rikuzentakata City, we held a workshop to make handicrafts featuring Jackie, the main character of the popular ‘Bears’ School’ picture book series and danced with around 20 children and read picture books to them at Yahagi Nursery School. In Ofunato City, Iwate Prefecture, we enjoyed building plastic models of Mobile Suit Gundam and Pokemon with around 40 children at Kid’s Club Ikawa. 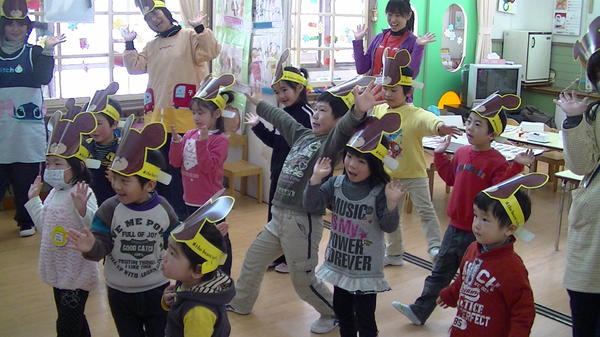