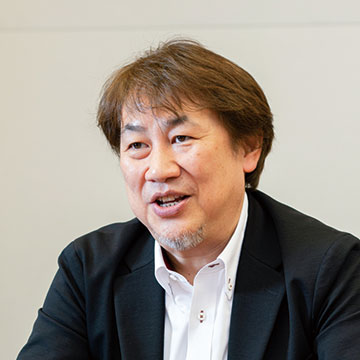 The IP Creation Unit handles a range of visual production activities, including planning and production of animations as well as the management and use of copyrights and other rights. In accordance with its Mid-term Vision—Evolving from Animation Production Company to IP Development—the Unit is aggressively taking on the challenges of further reinforcing the strengths of its existing IP, while at the same time strengthening its ability to create IP without being bound by animation frameworks, as well as bolstering its ability to communicate the appeal of IP in markets around the world. In this section, Makoto Asanuma, the president of SUNRISE, which is the core company of the IP Creation Unit, dis- cusses the Unit’s market environment, focus titles, and vision for the future.

It has been a year since you became president of SUNRISE.

Asanuma: I have been a member of the management team at SUNRISE INC., serving from April 2018 as Senior Managing Director and from April 2019 as President and Representative Director. Before I moved to SUNRISE, I worked with products and services utilizing IP in the Network Entertainment Unit, principally games, etc. In the Network Entertainment Unit, the creation of new IP, such as IP from games, was an important initiative. The mission of the IP Creation Unit incorporates not only creating IP but also aiming to maximize IP value by working in close cooperation with other Units.
Furthermore, production studios play a central role in our organization, which makes us a unique Unit within the Group. As the president of the IP Creation Unit’s core company, I have a strong sense of the importance of my duties and a great feeling of satisfaction about working in the creative business of visual production.

Would you discuss the operating environment in the IP Creation Unit?

Asanuma: Japanese animation has always been highly evaluated on the global stage for its quality and quantity. Through the global advances of online video distribution services, such as over the Internet, Japanese animations can be enjoyed around the world. We now have an environment that makes it possible to further increase the creation of global hits.
Furthermore, in many countries CG animation is the mainstream rather than hand-drawn animation, and in this environment the quality of hand-drawn Japanese animation has become a strength. SUNRISE has established a production department specializing in CG, and accordingly we can determine how to produce more-appealing animations by combining the quality of hand-drawing with CG technologies. In this way, we can strengthen our operations. Going forward, we will strive to approach change as an opportunity and to provide customers around the world with products that leverage our strengths.

What is the secret to creating high-quality products?

Asanuma: It is important to rapidly create large numbers of products while maintaining high levels of quality. Judgments about the quality of a visual product can only be made when users watch the completed product on a screen. If you are just thinking about a plan, you will not obtain evaluations from users, and accordingly it is essential to move rapidly in the creation of a visual product. However, visual production involves creating 1 from 0, that is, creating something from nothing, and this process entails significant struggles. To overcome those difficulties, it is important to believe in your own product plan and to have the strength to charge ahead. To cultivate that type of attitude, we are holding regular lecture meetings with experts from inside and outside the company, such as the company’s highly experienced producers and officers from other Units. We are also implementing initiatives to support employee motivation.
Moreover, the promotion of collaboration within the Group, in ways that transcend Unit boundaries, is also a positive factor in the creation of visual products. Personnel exchanges within the Group are being actively promoted. For example, I became president of SUNRISE after working as a director at Bandai Namco Entertainment Inc. Under the IP axis strategy, the drive to create new IP has permeated throughout the Group. These factors are having a major influence. The Bandai Namco Group has leveraged its distinctive strengths to establish a cycle under which we work together to create IP, leverage our comprehensive strengths to make that IP a hit, and then use the resulting profits to invest in the creation of the next IP. Going forward, I think we should strive to accelerate that cycle.

Progress is also being made with the establishment of a business foundation and collaboration outside the Group.

Asanuma: We have received the transfer of the visual production business from XEBEC and established SUNRISE BEYOND. We have also invested in Sublimation Inc., a CG production company, and echoes Inc., which operates one of Japan’s largest platforms exclusively for contributions of original manga. The production of animations involves a large number of processes, and it is difficult for one company to handle all of them. Accordingly, I think that it is important to strengthen our foundation for the creation of visual products through these types of measures. In addition, there is a growing labor shortage in animation. In this environment, we have established the Sunrise Drawing Academy, and we are offering grants to support students. In these ways, we are working to support the development of animators. By providing opportunities for younger generations to acquire skills, we will strive to activate the animation industry. 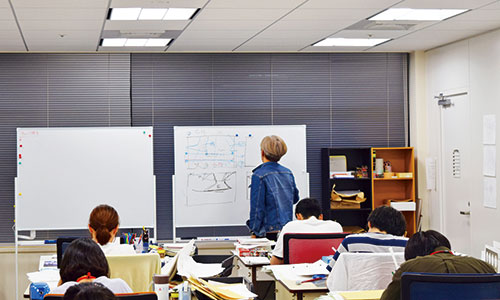 Working to future bolster Gundam, Love Live!, and other popular IP and to promote the creation of new IP

Gundam marked its 40th anniversary in 2019

Asanuma: We rolled out a variety of initiatives for the Mobile Suit Gundam 40th Anniversary Project, centered on five visual products. We have strengthened overseas roll-outs, and in July Mobile Suit Gundam: Narrative became the first Gundam series product to be released in theaters in China. We have also opened an official YouTube channel, the “Gundam Channel,” which we are using to provide information about Gundam to fans around the world.
In 2020, we plan to hold the theater opening of Mobile Suit Gundam Hathaway, the latest visual product in the Gundam series, on July 23, and in October we plan to hold the public opening of a life-size moving Gundam in Yokohama. Moreover, at the Expo 2020 Dubai, which will open in October, Gundam will serve as the PR ambassador for the Japan Pavilion. Through this bold initiative, we will strive to help Gundam make a leap to the status of global IP. 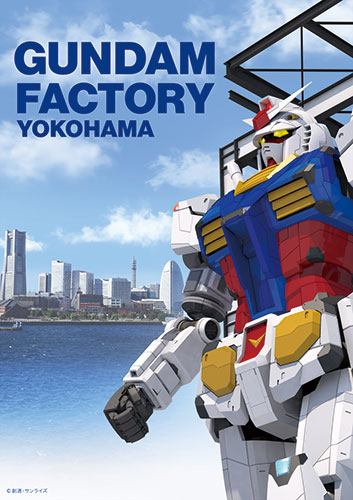 ▲We are planning to exhibit a life-size moving Gundam in Yokohama in October 2020.
©創通・サンライズ

Asanuma: The theme of this IP is the activities of nine girls, so from the beginning we have considered the ninth anniversary to be a turning
point. In addition to live events, such as Love Live! Fest, which brings together the school idols who appear in the series, we also rolled out a variety of anniversary-related initiatives, such as goods, visual products, music, etc. We recently decided to produce a new series of TV animations, and accordingly we will strive to create even more buzz as we move forward. 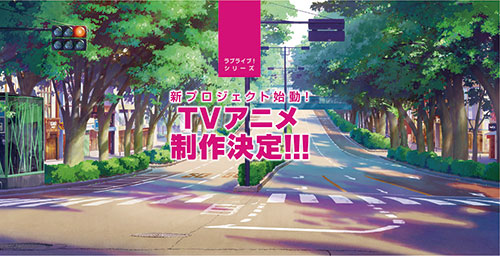 ▲A new Love Live! series will be produced.

What products will the Unit focus on?

Asanuma: In the Aikatsu! series, which is the Group’s original IP, the latest product is Aikatsu on Parade!, which has been popular since broadcasts started in October 2019. April 2020 will mark the start of “Wave, Listen to me!,” a TV animation based on a manga featuring a Hokkaido radio station created in collabo- ration with the monthly magazine Afternoon. We are also preparing products for global markets, such as a live-action Gundam film in joint production with Hollywood, and Cowboy Bebop, a live-action TV series that will be distributed on Netflix in the U.S. In addition, we are also actively working with the planning of visual products for new IP. So there is a lot to look forward to.

What are your policies toward work?

Asanuma: A company comprises the employees working on the front lines. Of course, it also involves working in accordance with instructions from senior management, but ultimately what is important is employees doing their jobs with motivation and loyalty. There is a difference in the quality of work when you do something because you were told to or you do something on your own initiative. The role of senior management is to establish an environment that enables employees to turn in good performances. I believe that is the best way to improve a company. Going forward, I will strive to establish a distinctive IP Creation Unit style of management that enables employees to tackle their work in a spirit of autonomy and independence.

This article is an extract from the Newsletter, Bandai Namco News, which was published in December 2019 and partially re-edited. (Information in this section is as of the end of February 2020.)