Bandai Namco Holdings China (BNHC) has received the 2022 Asia-Pacific Stevie®Awards* Gold Stevie® Award in the Innovation in Public Enterprise Events category for activities promoting China’s intangible cultural heritage that it co-hosted with the Shanghai Library and Suzhou Library in China. This is BNHC’s fifth Stevie® Award.

*The Stevie® Awards are the world’s premier business awards, created in 2002 to honor and generate public recognition of organizations and working professionals worldwide that are actively contributing to society. Each year the competitions receive more than 12,000 nominations from organizations in over 70 countries. The awards commend both the outstanding achievements made by various organizations, regardless of industry or scale, as well as the accomplishments of their employees in workplaces around the world.

About the Activities Receiving the 2022 Stevie® Award

From October 29 to November 7, 2021, BNHC held experiential lessons on restoring ancient texts and taking rubbings of stone markers in partnership with the Shanghai Library and Suzhou Library. The three organizations held these activities to promote China’s intangible cultural heritage with the intent of raising the general public’s awareness of the importance of Chinese traditions and techniques.

While these same activities were also held in 2020, for 2021 efforts were made to get participants to enjoy traditional Chinese culture in a new way by having them take rubbings of a Mobile Suit Gundam-themed stone marker, the use of which was intended to further merge time-honored Chinese techniques with such modern IPs as Gundam .

In 2021 these experiential activities were held a total of eight times with more than 180 people attending, an increase of over 50% compared with 2020. Praise received included pleasure in seeing participants gain a sense of the appeal of traditional Chinese culture and in the country’s intangible cultural heritage being passed on to a wider audience in such an innovative manner, in addition to gratitude for BNHC’s strong support of the activities. 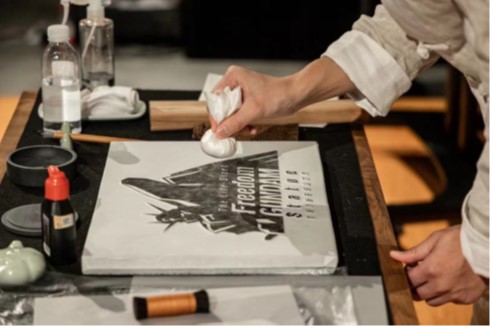 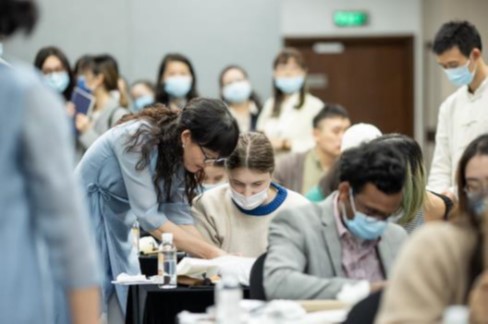 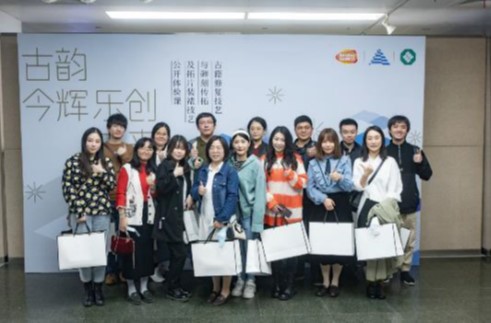